Beyond the usual problems of poor spelling, punctuation and grammar in my Year 10 non fiction writing lies something altogether more sinister: a lack of content. Too often, I see student letters, speeches, articles and reviews that simply run out of steam. Students often start well, using all of their strongest ideas in the opening two paragraphs, before realising that they have nothing else to write about.

This means that ideas are poorly developed across the whole text and in individual paragraphs. Students write paragraphs that are 4 lines long, consisting of 1 or two sentences. Or, it becomes clear that students only have two solid ideas that they actually develop across the whole text, resulting in thin, shallow pieces of writing. I set about tackling this in the following way. For texts and resources, please see the following ‘work in progress’ Scheme of Learning

We then moved to something more familiar by exploring an excellent student model. We used the visualiser to pick apart features and content. Models were stuck in books and referred back to.

Students then worked in teams to plan together. Again, I wanted to expose them to as much possible content before they started producing their text. Each group had a Scribe, a Chairperson, A Creator and a Spokesperson. Below is a group plan for a letter of complaint about a holiday: 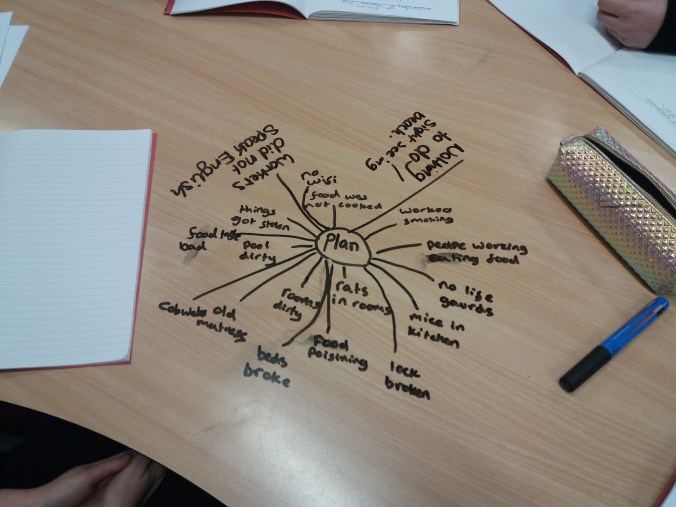 I wanted to really push students here to pick up further content for their text. Students moved about the room and picked up ideas from each plan- simple as they had been scribed on the desk with a whiteboard pen. I played cringey music (Agadoo/The Birdie Song…) to give students a 3 minute time frame and an idea of when they must return to desks.

Students then decided whether to keep or ‘bin’ their ideas, putting an asterisk  next to their 5 strongest ideas and a cross next to anything they no longer wanted to include. They were then encouraged to hone this further by numbering each point with an asterisk, therefore creating a chronological plan for their text.

Students then started their text. I encouraged them to use whiteboard pens on the desks to rehearse each sentence before transcribing into their books. This gave them an opportunity to edit as they wrote. Students also read each sentence aloud to check for errors. 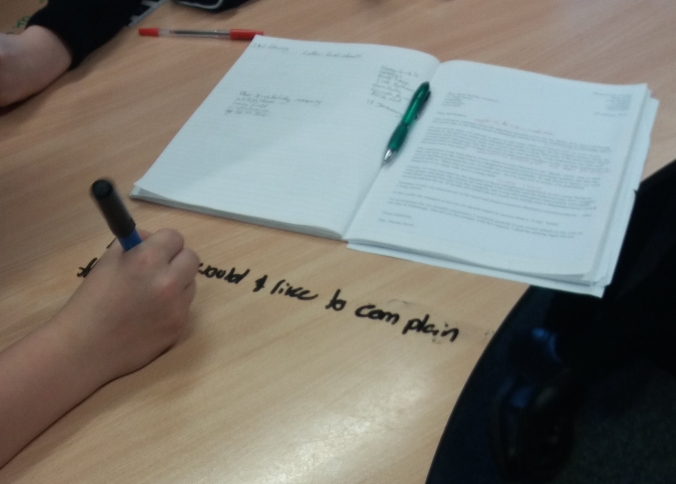 Not only did this allow students to quickly edit their work, but I could also assess writing quickly as I circulated. 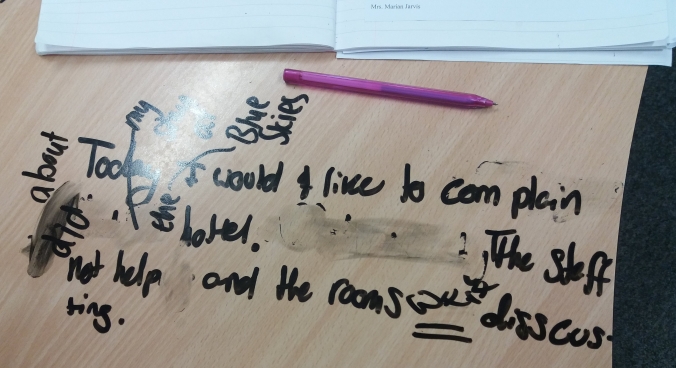 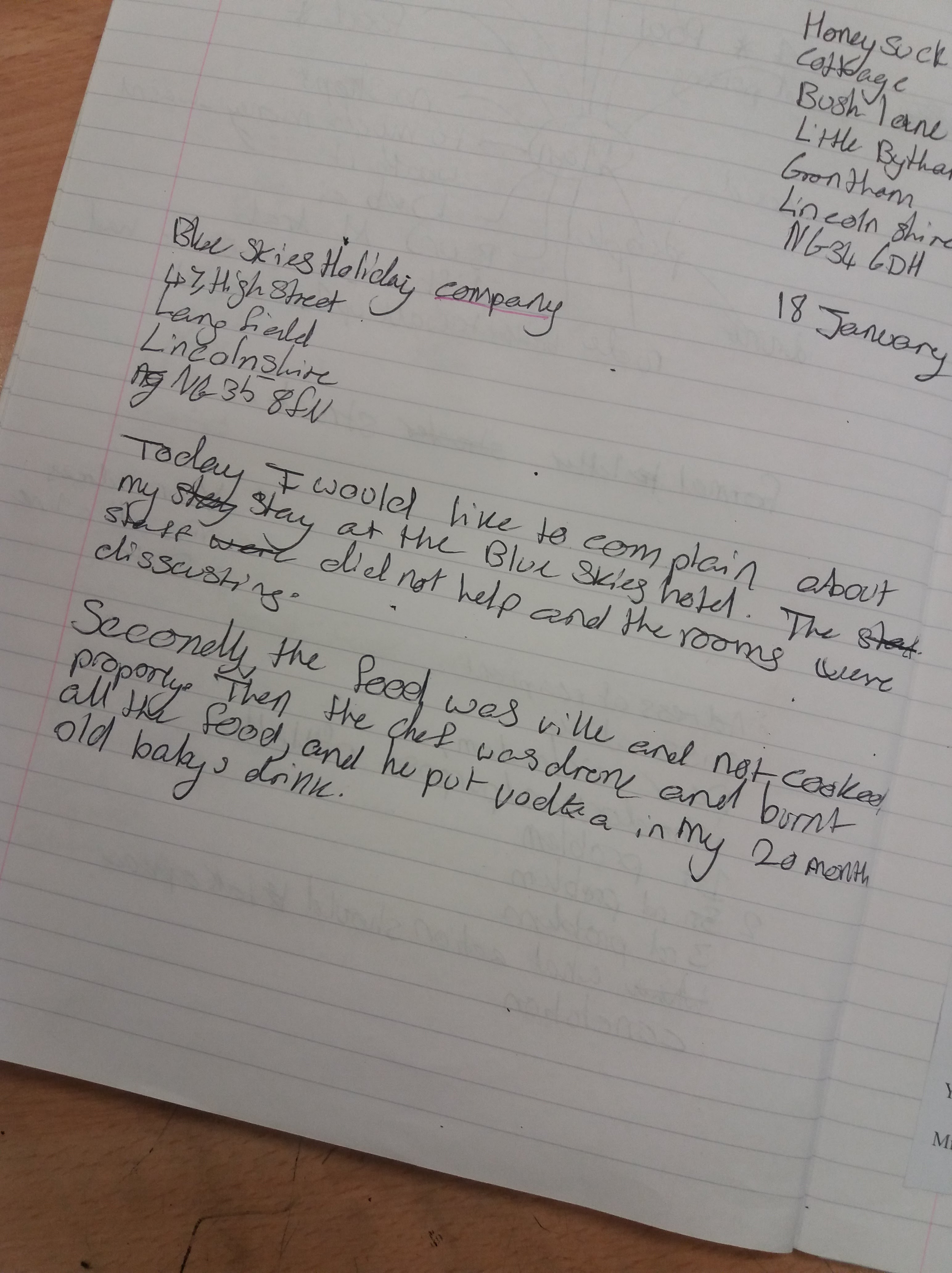 Students were each given a pink highlighter and edited each other’s work. They were given a minute for each book, simply highlighting potential errors.

Students sat in two rows facing each other. They practised reading their work aloud to their partner, listening for any errors.

I wanted to give students ample opportunity to write something that they were proud of, and to complete the editing process in full. Students completed their final draft on plain A4 paper with guidelines underneath, understanding that their final piece should be of the highest quality.

Finally, I took pictures of each final draft and emailed home the images to parents as an example of each student’s best work.